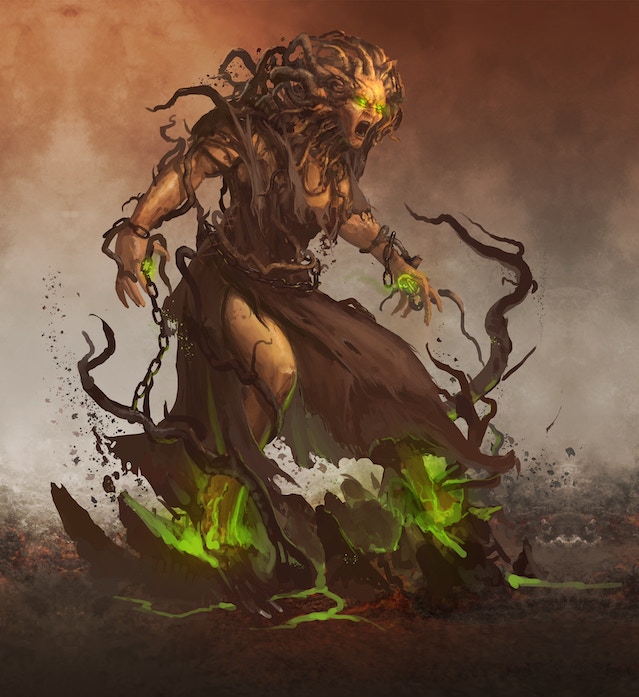 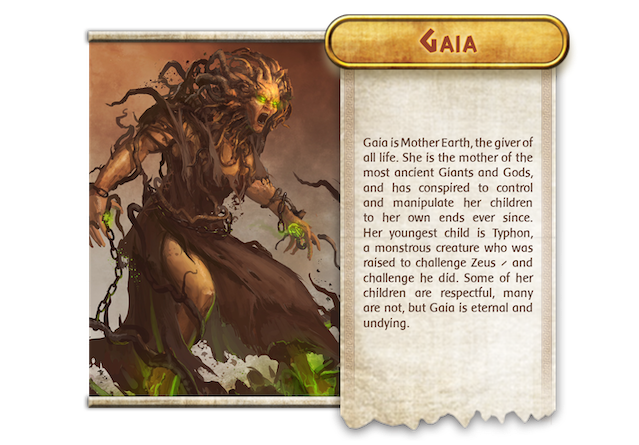 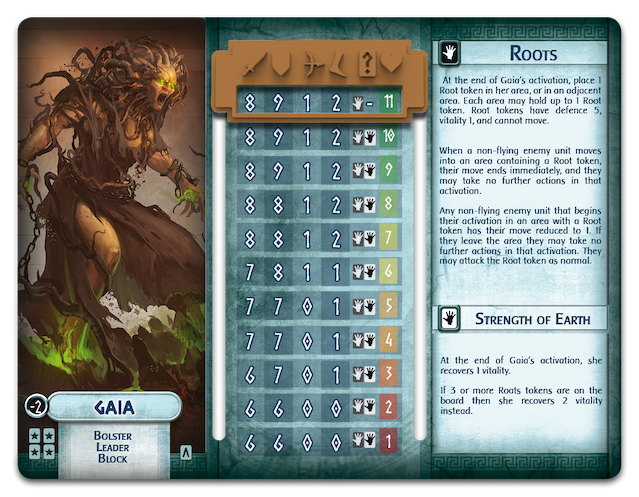 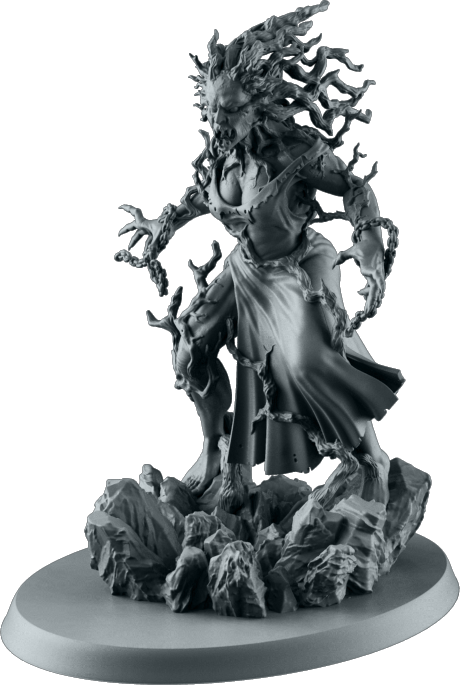 Gaia definitely is an interesting and unique unit. Het powers are twofold: rooting and regenerating. A very tough nut (or tree) to crack. Running Omphalos won't be that easy either with all the root tokens lying around. On the other hand, a player choosing Gaia may have a better than average chance of running Omphalos. Unless you are facing Hermes, who can simply ignore her roots.

Still, Gaia isn't all that strong. She only has 4 activations (like most titans and Gods) so she can't spread the roots and regeneration that fast. Unlike web or chain tokens, her roots are fairly easy to destroy, even by Troops units or area and ranged attacks - if you can activate enough units.
She's also the only titan with two troops boosting talents and has Block, so her personal damage output is actually limited to her melee attacks, which aren't any better than those of a 4RP monster.

Take away her roots and Gaia is actually quite harmless. Key to beating her would seem a lot of activations, so Athena or Agamemnon with their triple activations and abundance of AoW cards. If Gaia's player places units on the roots, do area attacks as she probably fields at least 1 unit of Troops. And bring a flyer or two, as they seem to be immune to the rooting effect. The obligatory Diomedes that can ignore the roots. As is Hermes, he is immune to the roots and can happily walk through the roots to get an Omphalos. The Manticore an Chimera can even do both: fly and do area attacks.

About the mini : Gaia is one of the few mini to have some terrain on the base (nice). It looks like the sculpt is adding some nasty fangs to her mouth. I prefer the artwork without. The concept of adding a dress is ridiculous but I can live with it. I very much like the tree roots all over her body.

I initially decided that Gaia was my favorite Titan. Paying close attention to the powers I am not so sure...

4AC, 8Att/9Def : on par with major gods but weaker than other Titans.

With her Powers, Gaia is a unit to move on the center of the board : she can plant her roots and recover from the attacks.
Roots are nice : enemy units end their turn here, which means it takes them 2 activations to kill the roots. However, as they are not very resilient (I guess any attack will remove the root), any range attack can remove them.
The counterdraft of Gaia is flying units (as for Atlas).

Unfortunately, I don't see picking Gaia for -2RP as a good deal.

I agree, the fangs are a bit much on this sculpt, would of preferred more in line with the artwork

Not really a fan of the sculpt at all, those chains make no sense.

I thought Gaia was always depicted as a beautifull woman, some sort of druid. I don't really get why they make most titans so monstrous. It's not how they look in the stories at all.