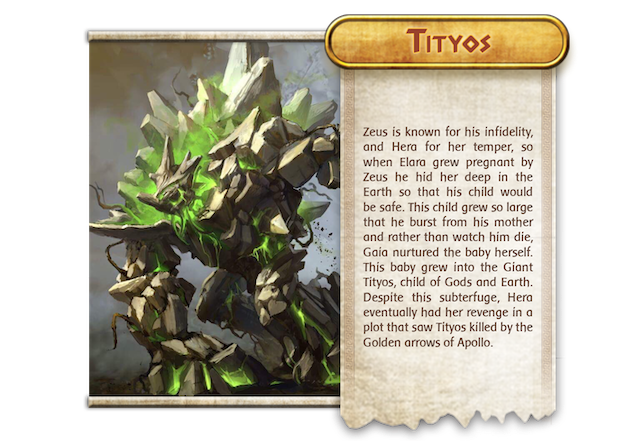 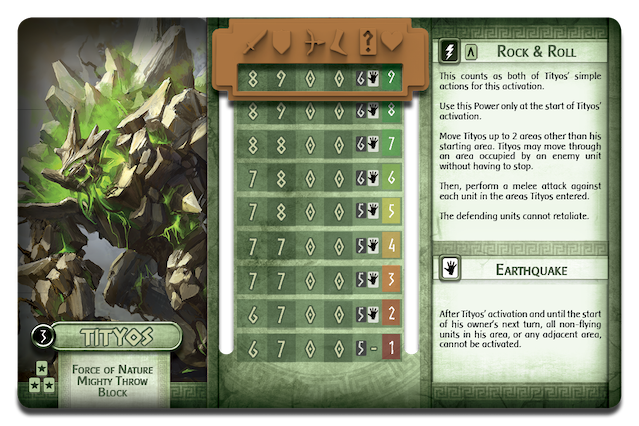 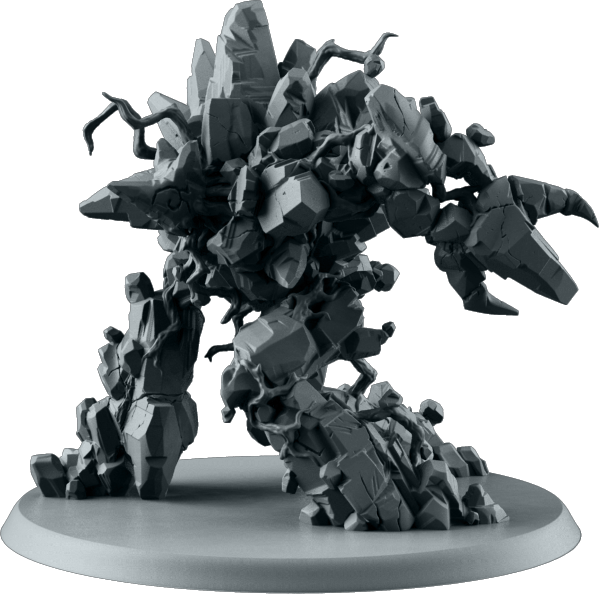 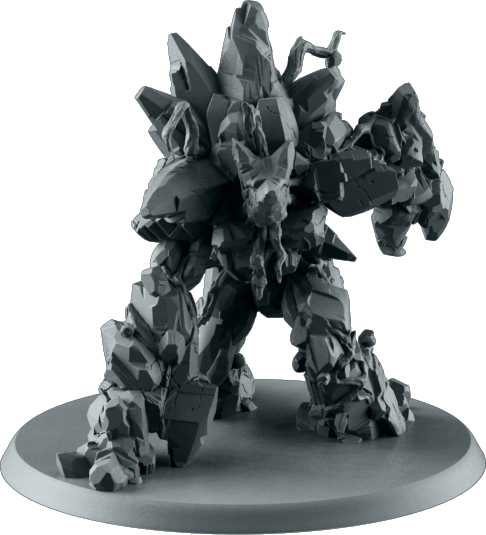 i like this one a lot. one of the best rock golem/elemental designs out there imo.

It looks a bt like it has a fox or rabbit head, but apart from that its very nice.

I definitely look forward to painting this one! 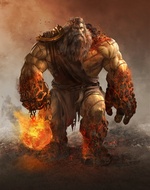 It looks a bit cartoony if you compare it to the rest of the minis as well. But on its own its great.

LeiPak wrote:I definitely look forward to painting this one!

I definitely look forward to playing this one!

Tityos is a bit the odd one in his "charge" family. He can't move unless by sprinting or by using his primary power. He's only 3 RP but is great in dealing damage (area damage through 2 zones) and slowing down your enemies. His second ability is equally strong: he disables all units in the neighborhood.
I can see he only gets 3 activation cards and can't move unless triggered by an AoW card, otherwise he'd be way overpowered for the points ..

Lastly I wonder if his Earthquake ability also counts for friendly units ..

I don't think so. Only enemies. Otherwise it would take so much planning to use him without fragging your own creatures

Interesting indeed. If it is only enemy units it will need some clarification on the card. Like it reads now it suggest every unit.

Personnaly not that big of a fan of this unit. Its too rocky for me. 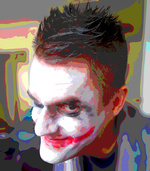 I think he'd work best with a god who you'd keep in the back. To guard them since obviously he won't move much. And he can throw stuff.

I am sure it was confirmed in the comments by QW that Tityos ability affects all units. Just use it as your last activation, it only affects until the start of the owners next turn

The earthquake power shouldn't be a problem at all, you just need to make sure he's your last activation on that turn like Cryocat said.

It should be noted that Tityos has the strongest charge aside from Typhon's, with 8 dice. That's a huge amout of damage to be affecting 2 areas. Earthquake actually affects both areas he just attacked too, just to add insult to injury.

Because he already has move 0, Tityos is actually a pretty good pick against Persephone since her power wouldn't affect his charge. I guess that applies to all of the chargers, but Tityos can't move in the first place, so he just doesn't give a damn!

MaxC wrote:It should be noted that Tityos has the strongest charge aside from Typhon's, with 8 dice.
That's a huge amout of damage to be affecting 2 areas.

I wonder though if he will keep his 8STR attack though. Look at his dashboard; that "6" isn't there for no reason.
Othewise the incentive to take one of the other 6STR chargers becomes a lot weaker. And he can still sprint 1 if he has to ..

About the mini : I like it very much. There is a mix of roots and rocks. The pose is nice too: it is getting ready to charge. Not fan of the artwork however: why is it powered by kryptonite ?

About the unit: 3 AC is always too few. Let's say AC1 = deployment, AC2 = rock and roll to map center (but enemies are probably only in the second area you move to). AC3 = rock & roll (you need AoW) or Force of Nature (range 1, 9-dice).
Tityos is useful in the map center because of his Earthquake effet (which will affect only the enemies if it's the last unit you activate) & Block : an enemy unit without Block would be trapped with it with no choice but to hit it one stone at a time.

Will it be nerfed to a 6-dice charge ? I am not so sure. The current text indicate that the charge uses both its simple actions where other chargers can perform a regular attack after the charge...

I am not convinced by the unit; I still prefer the Boar. But we will see after the dashboards are updated...

Forgot to add, the Earthquake effet is ok with 2 players but with 4 players you are also affecting your ally !

Telgar wrote:Forgot to add, the Earthquake effect is ok with 2 players but with 4 players you are also affecting your ally !

He targets both friendly and enemy units - so in a 4 player game your ally better keeps his units at a safe distance!

But also his Rock and Roll skill seems to target friends and foes alike, so be careful where to charge him into.

Personally I 'd see him roll into areas where your enemy units are piled up together, be it in the center or somewhere else. I agree 3 activations (like the bull) is a bit low, although you can keep on activation him 3 times with every deck shuffle - most games don't end within a 1 deck play.
His special ability is quite good though; I guess it would be overpowered in some situations for 3RP. In general I think the 4 chargers are quite strong for the RP they cost. And yeah, the boar and minotaur have 1 more activation.

And well, the 6 strength area attack .. why else is the "6" on the dashboard there? An 8 dice attack would bring him up to par with Typhon; I can't really imagine that it would be the intention.

That's not my feeling either. I would guess that a 2-players game would last about 2 decks (either end of second deck or just after the 3rd deck is reshuffled).
If the victory is about Omphalos, it requires a minimum of 4 activations of the God (+1 for deployment) so 1 deck is definitely not enough.

Telgar wrote:Good summary (but I wouldn't bet on the dashboard not being re-worked)

That's not my feeling either. I would guess that a 2-players game would last about 2 decks (either end of second deck or just after the 3rd deck is reshuffled).
If the victory is about Omphalos, it requires a minimum of 4 activations of the God (+1 for deployment) so 1 deck is definitely not enough.

In my (limited) experience, games have ended somewhere during the third deck cycle. The Beasts of War plythrough had only one reshuffle though iirc. It depends if you go for the kill or not, how big your deck is and how fast you're going through your cards. One game I played ended in a war of attrition with both players having 3 omphalos and fighting over the last remaining one with a single hero each left on the field.