Ketos : Bring forth the Kraken [COR]

Ketos : Bring forth the Kraken [COR] 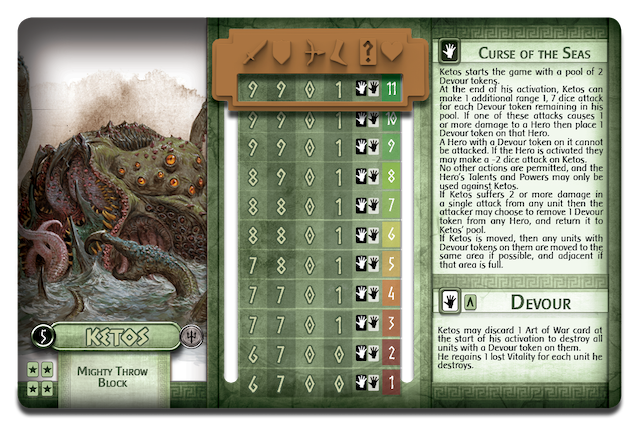 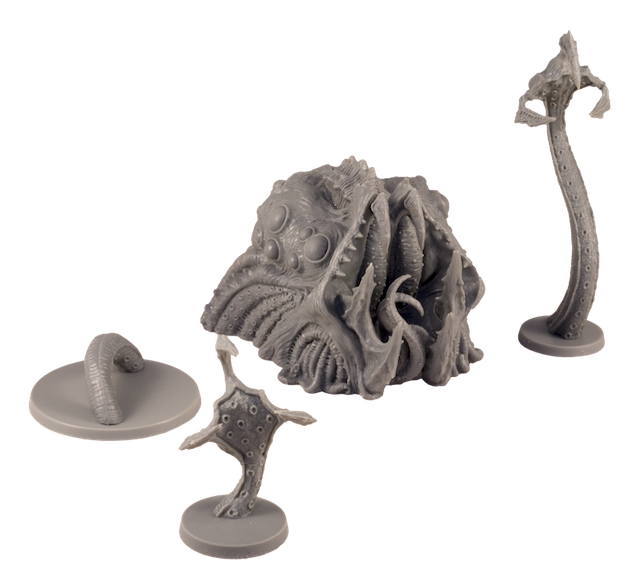 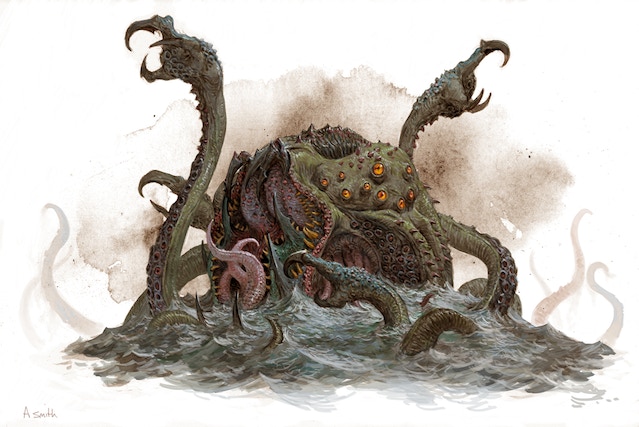 "Hero killer" may be a better description for Ketos. If your opponent can't activate his/her hero immediately after Ketos made a successful attack and placed a devour token on him, he will get destroyed the turn after. That is, if you have a Ketos activation card. Even 5-point heroes like Bellerophon or Veteran Achilles and Heracles don't stand a chance against this monster power.

Ketos must be the ultimate hero destroyer in MB:P. Against other units he's a solid 9/9 monster with a very healthy 11 vitality pool. Block and Mighty Throw seem to suit him well.

Even without the hero devouring ability, I find Ketos very strong (maybe too strong) : for no AoW card, it can perform its "basic" 9-dice attack, plus 2 x 7-dice attacks at range 1 and actually these (up to) 2 additional attacks do not reduce in strength when Ketos loose vitality.
This seems too powerful in my view.
When looking at the Devour ability: it is 1 AoW to devour up to 2 heroes. Actually it makes the power even more difficult to evade : if the 2 tokens are placed on 2 different heroes, it will be even more difficult to save both heroes (you need to activate 2 units and deals twice 2 vitality to Ketos 9 defense... and with -2 dice if its one unfortunate hero which attacks) !

Ketos will bring about some very interesting decisions during the draft phase. He's very powerful, so all/both players will want it on their side, which might tempt you to recruit him early draft to deny your opponent the opportunity to do so. However, on the other hand, players will most likely avoid recruiting too many heroes after Ketos has been chosen, except perhaps ranged heroes. So it might be interesting to wait a bit before taking Ketos, see if your opponent drafts some nice hero targets for him. But then again, any experienced player seeing that Ketos is available for draft will probably hold off on heroes until Ketos is recruited or until all opponents have less than 5RP left.

The best way to deal with this monster will be to take him on from a safe distance and throw a strong melee monster at him. It seems very appropriate that Perseus ignores monster powers, which makes him a great counter to Ketos. Monster Slayer and Petrify will definitely help him out too.

It won't work well against Bellerophon since he is a monster slayer. He can deal that damage easily enough. He also does have evasion.

I'd recommend to be cautious with your cards when fighting against Ketos, try and keep a card for each hero in hand when possible.

Rhalius wrote:It won't work well against Bellerophon since he is a monster slayer. He can deal that damage easily enough. He also does have evasion.
I'd recommend to be cautious with your cards when fighting against Ketos, try and keep a card for each hero in hand when possible.

Not so sure that Bellerophon is so well equiped against this. Ketos can make a range 1 attack, which can not be countered by Evasion.
Monster slayer doesn't make a unit immune to them, it only increases damage output.
Ketos just has to move 1 area away and attack Bellerophon.

Belleophon's biggest asset is that he may always draw an activation card when activated. That way he can use his Monster Slayer to do 2 damage vs. Ketos. When he is out of activations he better be far, far away.

Hence why it's good to try and keep activations in hand for your heroes in this case.

Bellerophon is also pretty fast so might be able to avoid Ketos that way easier than most heroes, especially since he can fly.

Similar topics
» How to bring out Phenomena
» There is only one realistic way to bring chaotic back...
» advice to get a BH
» Kraken W4 CTG