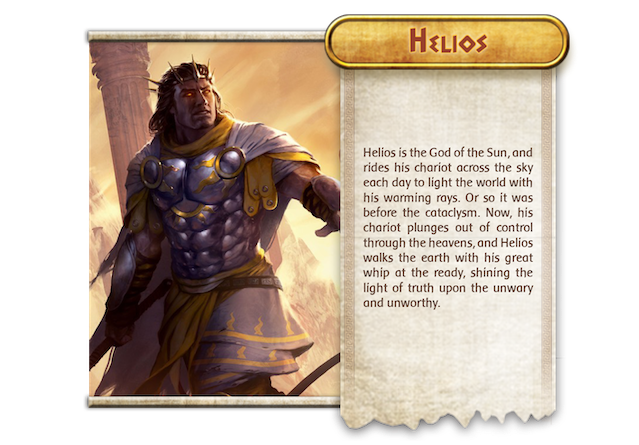 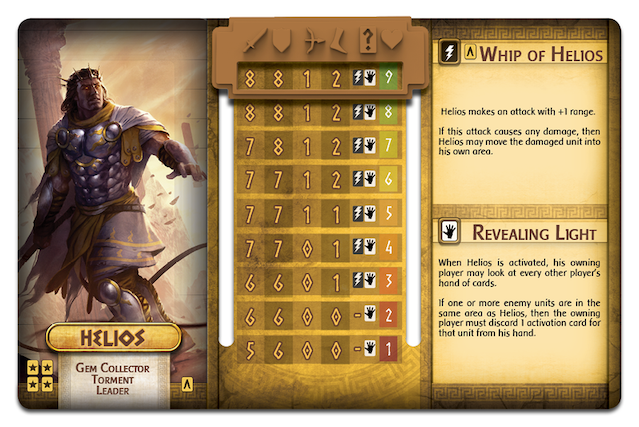 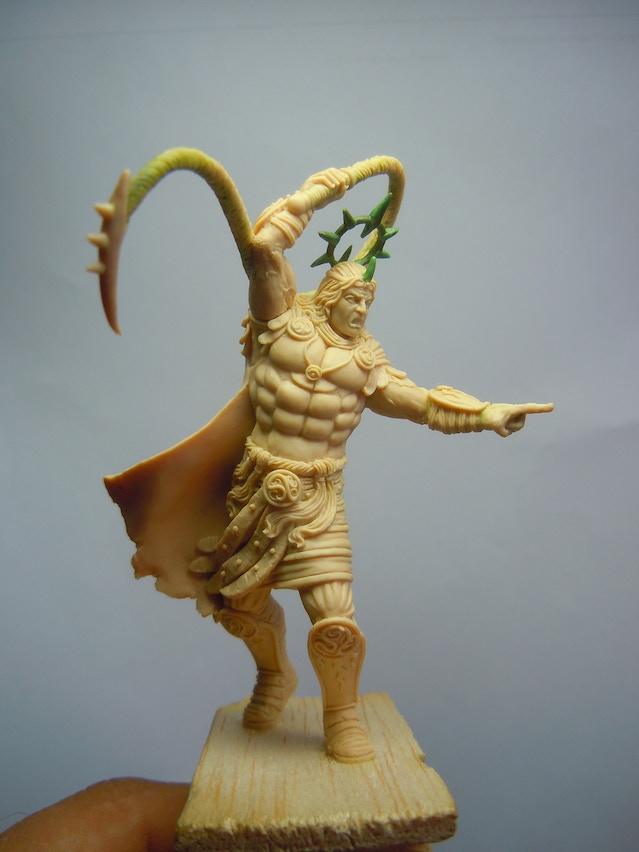 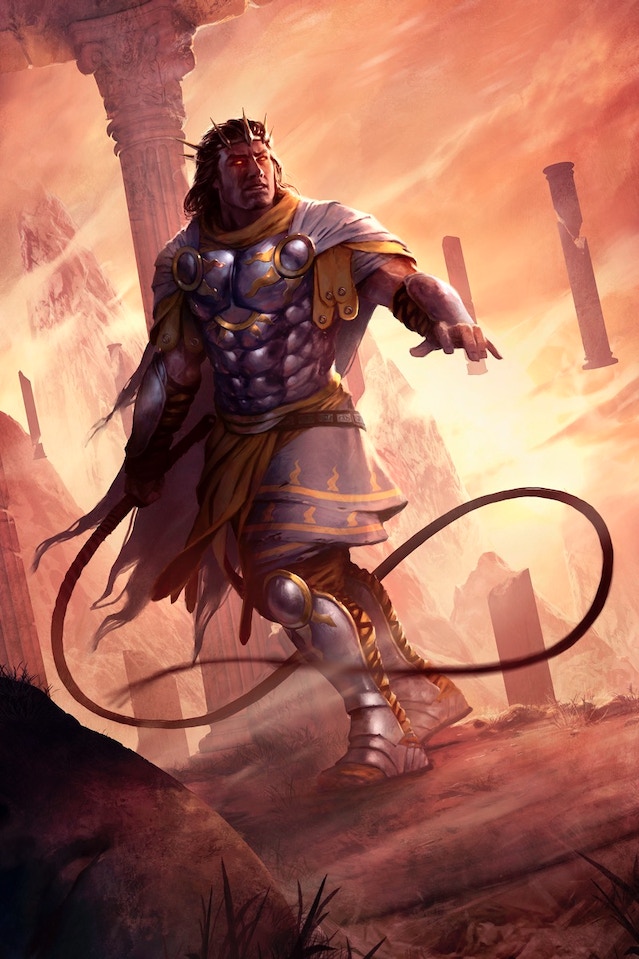 He can use that whip with a range of 2 and draw enemies to him, good way to grab archers and with his leader ability the troops in his area can do a nice follow up attack. Some have mighty throw and could toss them back out to another direction just as well.

Also seems like a good way to get enemies off cliffs and prevent others from collecting omphalos, which he can grab a bit easier due to that gem collector ability.

I hope they will change his crown to match the artwork though, during the kickstarter this was brought up too so who knows? Does not seem like a too big change to do so maybe.

Just his 8/8 with torment already makes him a unit to fear. Helios is a rather offensive God with the ability to peel a unit from a group from range 2. And by doing so do a 8 dice attack and a -1 defense penalty for his target.

Next to that he can spy on you by looking at your hand 4 times per deck rotation. And force you to discard activation cards if they correspond with units in his area. A nice ability, although not game winning.

Apparently, in spite of his solid damage potential he is also especially designed to carry (and absorb?) Omphalos. Not sure if it's his best asset (he has no Block talent, for example) but he's definitely not the worst choice to walk around and fetch some.

If I understand it correctly, he can pick up and absorb unclaimed omphalos in areas next to him. That seems pretty big since his allies don't need to carry it as far and seeing how they cant move and absorb omphalos, that seems pretty usefull.

I'm not sure if any other unit has the gem collector talent as well.

Rhalius wrote:I'm not sure if any other unit has the gem collector talent as well.

Yes - but not a lot. Hephaestus, Rhadamanthus, Arachne, Polyphemus and Scylla.