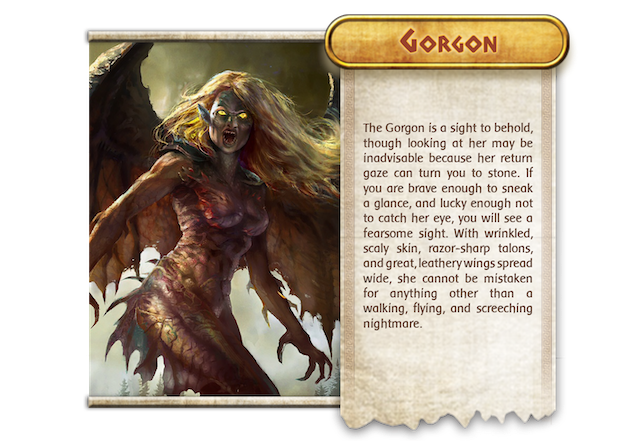 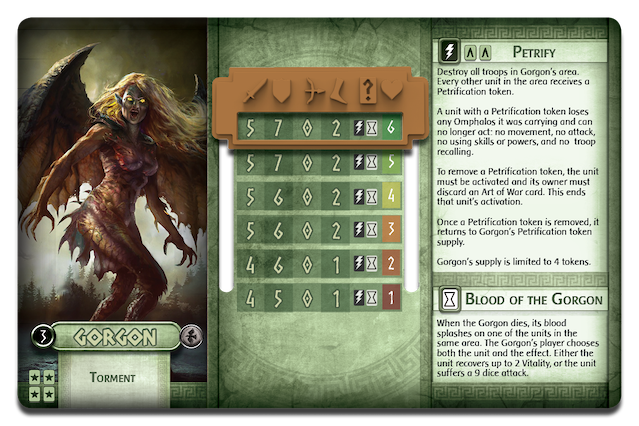 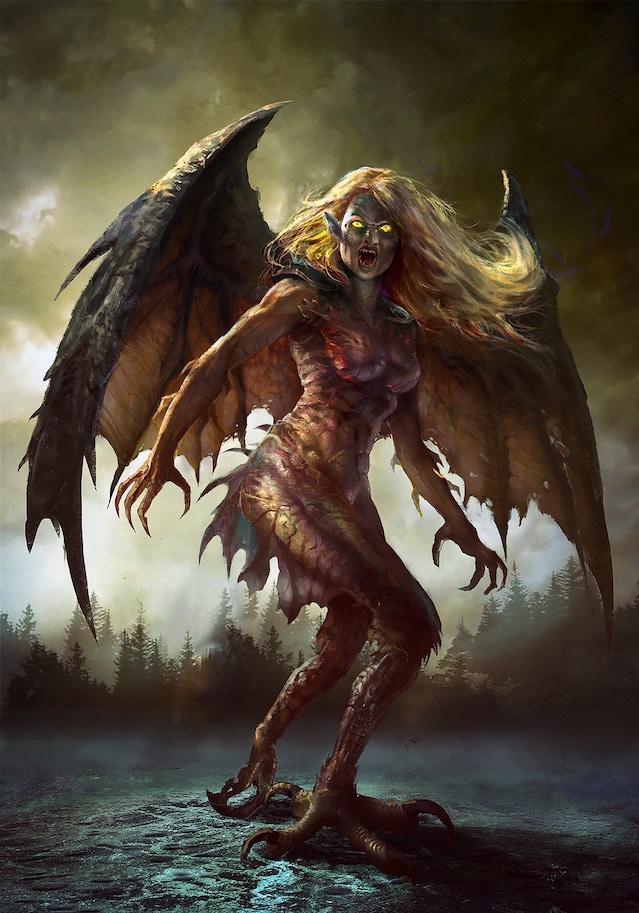 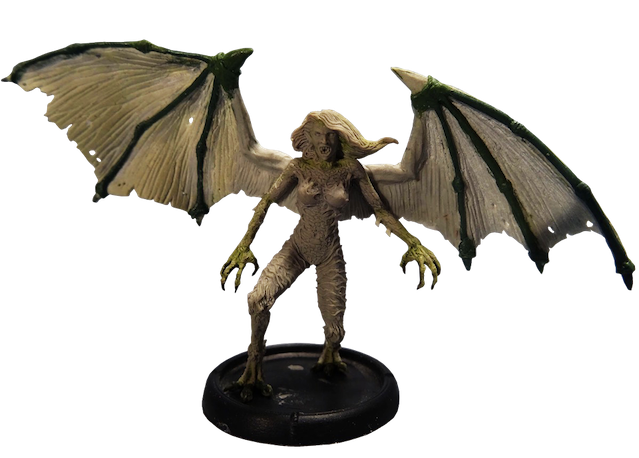 Not really a fan of her sculpt. She looks like a flying zombie.

The basilisk is slightly stronger, has a second power (poison bite) but can't attack at range. The Gorgon seems to have the edge defensively, as the can evade as flyer. The Gorgon also has that nice effect when she dies; 9 attack dice or 2 healing isn't bad at all (although you'd rather have her alive). They all have Torment. They have Climb or fly, so they can get anywhere, where Gorgon is the most mobile of the 3. Medusa has Initiative, Basilisk has Block.
The Gorgon has petrify as Special Attack, while the others have it as Active Power. So unlike the other 3 she can't attack AND petrify in the same turn. If this was indeed intended it's quite a penalty for her flying ability.

Not sure who I like more. I think I have a slight preference for the Basilisk.
All are very good units. Petrify is just devestating when used in a group of enemy units.

Her wings seem a little too big, I would prefer it if they where a bit curved like in the artwork. Makes it a little easier when placing on an area with other units.

If you want to be really cruel to her, you can of course recruit Perseus to fight beside her, carrying the head of her sister.

Rhalius.. that made me laugh xD!

Confirmed: Gorgon's Petrify will be an active power instead of an special attack.

Meaning she can first perform an attack - and petrify after. Makes her a lot better than before, especially as the other "petrifyers" already had it as active power. Especially with her flying ability (and evade if you have enough AoW cards to spare) it will become quite easy to get to your chosen target if you want to petrify your opponent's God, for example.

She certainly seems like a very usefull one. Very interesting death attack too that can either heal an ally or do some good damage to an enemy.

Healing is extremely rare in this game after all.