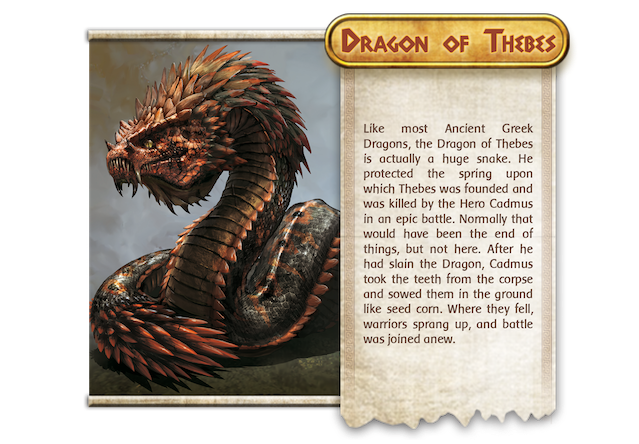 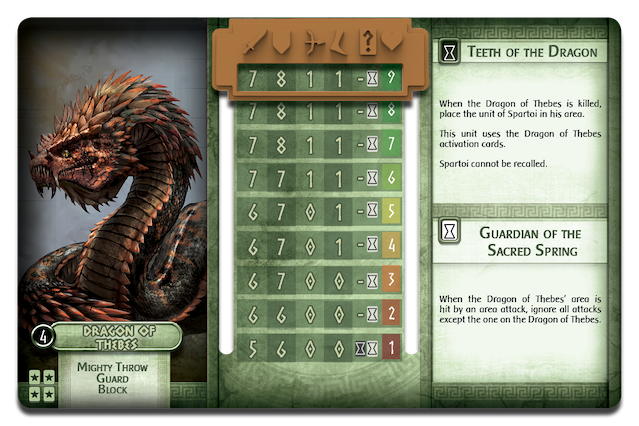 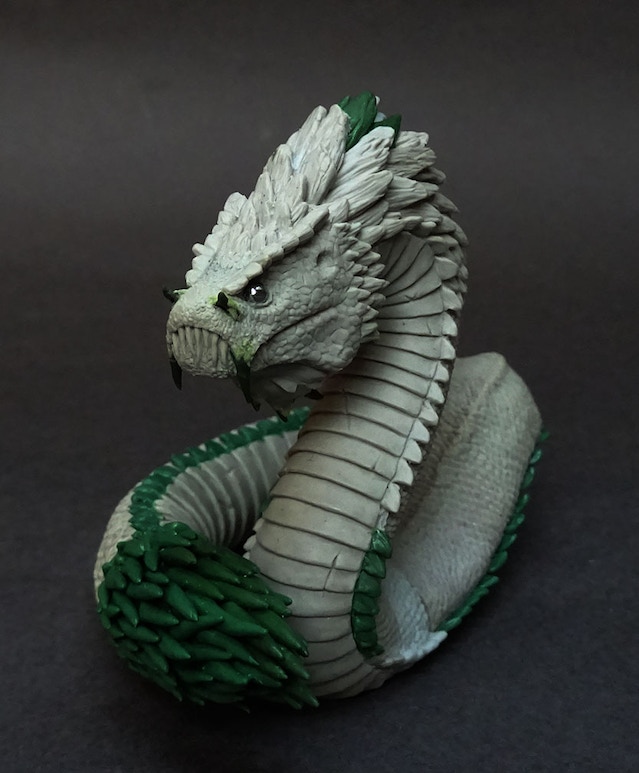 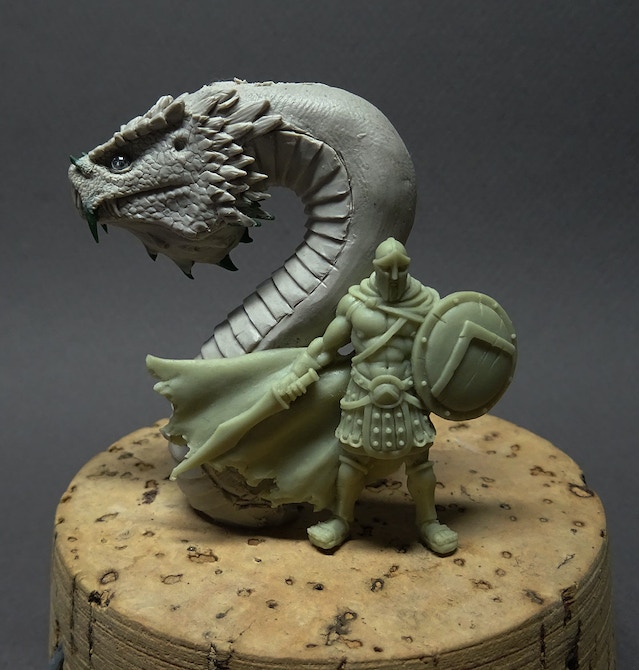 I absolutely like the non-standard sculpt for this one!!

Good and tough, though pretty middle of the road protective 4RP monster with a good defense against area attacks.

If you ever overcome the 9 vitality the Dragon has the spartoi will spawn. Very well done according to the myth and seems fun to play with! Nothing really outstanding though. 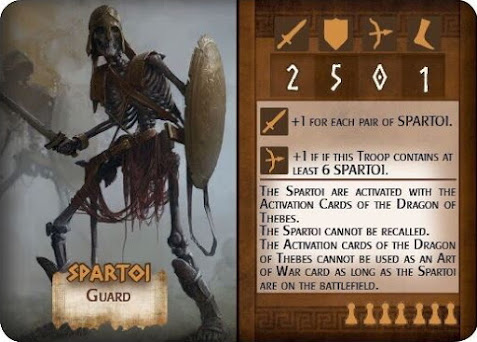 One of the most unique units in the game for sure, due to it spawning troops on its death.

If you have someone to bolster them, the Spartoi are not too bad either.

The dragon on it's own is alright too, not the strongest of four point heroes, but good enough as a guard.

Very resilient guard. It even spawns yet more guards when he dies, which gives it that much more of a lasting impact on the game. Very useful if you think the game might become a war of attrition. It's a bit of a shame the Spartoi lose Guard as soon as you damage them, and you can't bring them back to full health. The Spartoi's use of the Dragon's activation cards makes them the only troop with more than 3 activations. They won't be of much use once they get hurt though, so those activations might go to waste. You could use them to fill up an area and prevent enemies from entering it, though I'm not sure how good that tactic would be. Could work in some specific contexts (preventing Petrification comes to mind).

Good luck getting to use those activations as AoW though, your enemy probably won't bother killing them off once they lose Guard and your only hope is for aoes and instant troop killers (Petrify, Circe's Metamorphosis).

As a final thought, this guy counts as 2 separate deaths for Hades and Persephone's powers, so that might be a factor to consider.