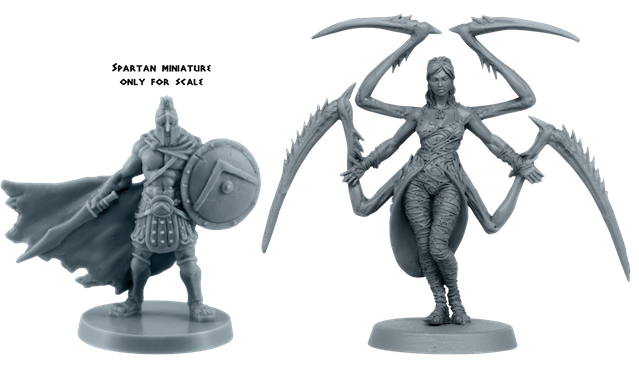 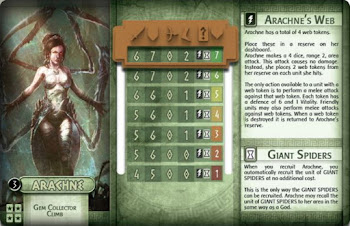 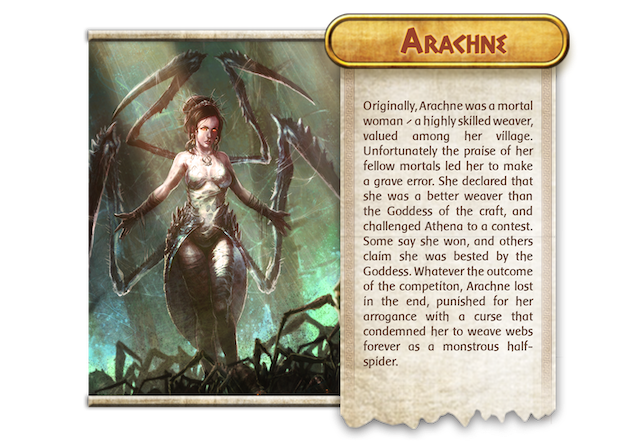 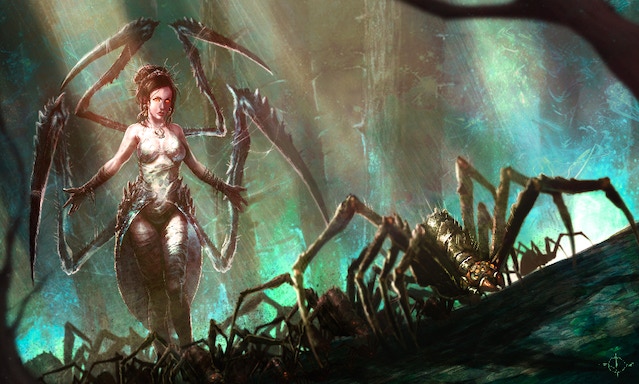 Her looks may be deceiving because she's more a sneaky thief than a devouring spider mother. Not exceptionally strong but very agile with 6/7, 2 movement and Climb. Her webs are very handy, as she can web up to two enemy units which will cost them 1-2 activations to get rid of. She doesn't even have to be in the same area as her webbing has a range of 2, so she can do it from out of harms way. And quickly run off with an Omphalos while her spiders block the way, for instance.

Notice that it says that the web tokens can only be removed by a melee attack, so apparently not by area or ranged attacks.

Although it's not her best asset, offensively Arachne isn't all that bad, especially when she has her spiders around. Notice that her spider Troops don't have to be complete in order to be able to give her the Torment bonus! And they give her some extra protection when they are together - but to have their talent they need to be complete. So with a bit of luck they can protect Atrachne for a single turn unless their player has enough AoW cards to keep on recalling them.

On the other hand, Arachne has Leader nor Bolster nor Phalanx - so they don't exactly move and act as one, far from.
It will need some extra micromanagement or fortunate draws. 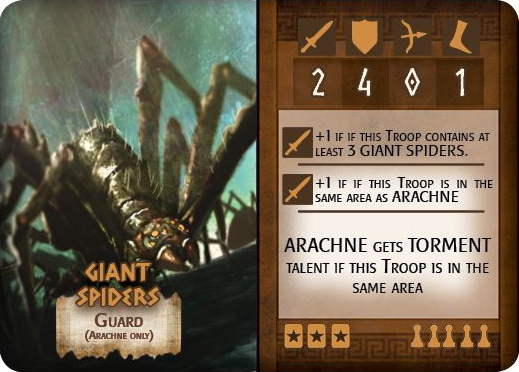 A very versatile monster for 3RP. Seems like a fun unit to play with!