Poseidon : God of the Sea [POS]

Poseidon : God of the Sea [POS] 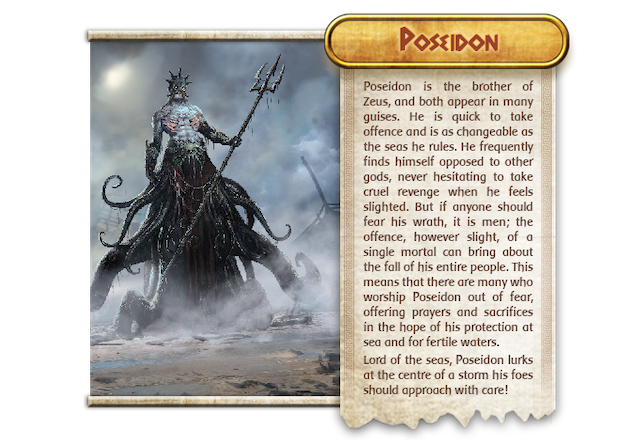 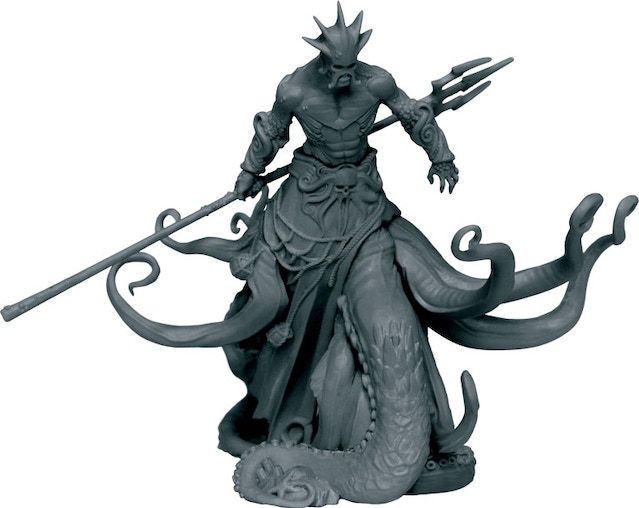 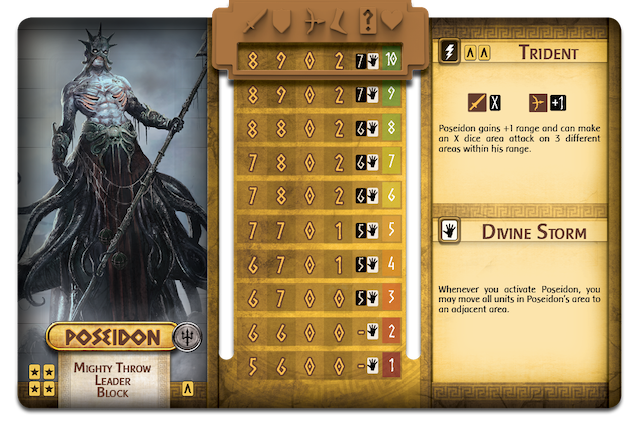 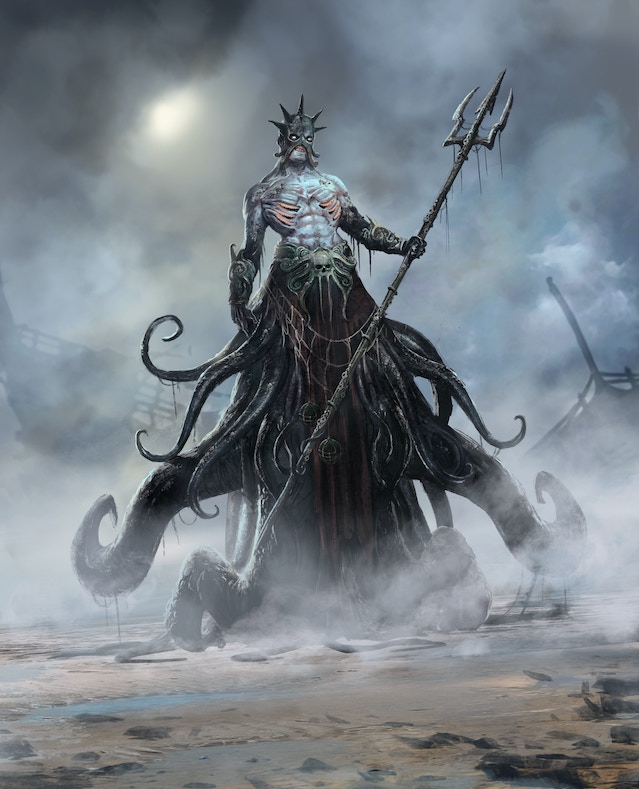 First off, I actually love the art and the sculpt for Poseidon. I know many people aren't huge fans of his darker re-imagining, but I'm not one of them!

This guy is actually pretty scary, even on land. His stat line is really solid and his talents are pretty decent. Divine Storm is a pretty versatile power, allowing you to essentially give some of your army a +1 movement boost or messing with enemy positioning. Trident is on the expensive side for powers, but it's pretty strong, so I can't complain. Also, he's faster in water!

Mighty Throw, Block and Divine Storm means that he's all about clearing out key areas of the battlefield and playing with the enemy's positioning. My main concern is that he'll be too powerful on water maps since he's the only god who doesn't get weaker in water, so he has a huge advantage in that setting. We have yet to see exactly how the boats work, so it may balance out in the end.

"Water map, no Poseidon" might be something I'll try a few times.

He seems very strong yes, movement of 2 might be a bit much since he is aquatic.

Regarding appearance, I just don't get it really. He looks more like Neptune, or Oceanus who they could have used as a titan for this sculpt.

It's a great sculpt for sure, but it's not Poseidon. I'd be tempted to tape the name "Oceanus" over it. Oceanus also created the seas and was more full on a water and sea god/titan.

There is more to Poseidon than just water. He was also the god of horses. Not sea horses, but plain old regular land horses.
Cyclades and Age of Mythology both show beautifull depictions of him, very distinct from Zeus. Just because two gods have a white beard does not make them too similar.

By that logic all heroes and troops wearing a corinthian helmet would be too similar too.

Is there a diety capable of face poseidon on an naval battle on a balanced way?