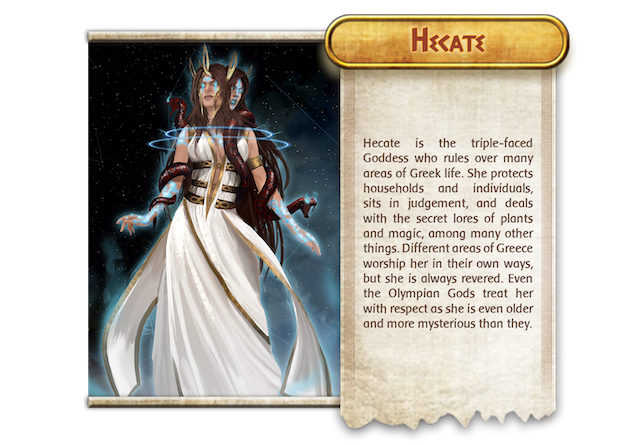 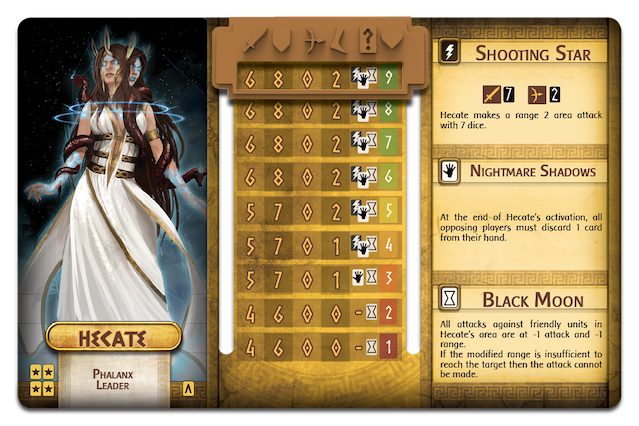 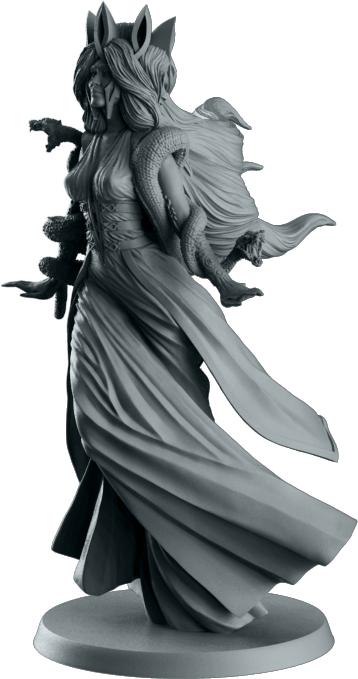 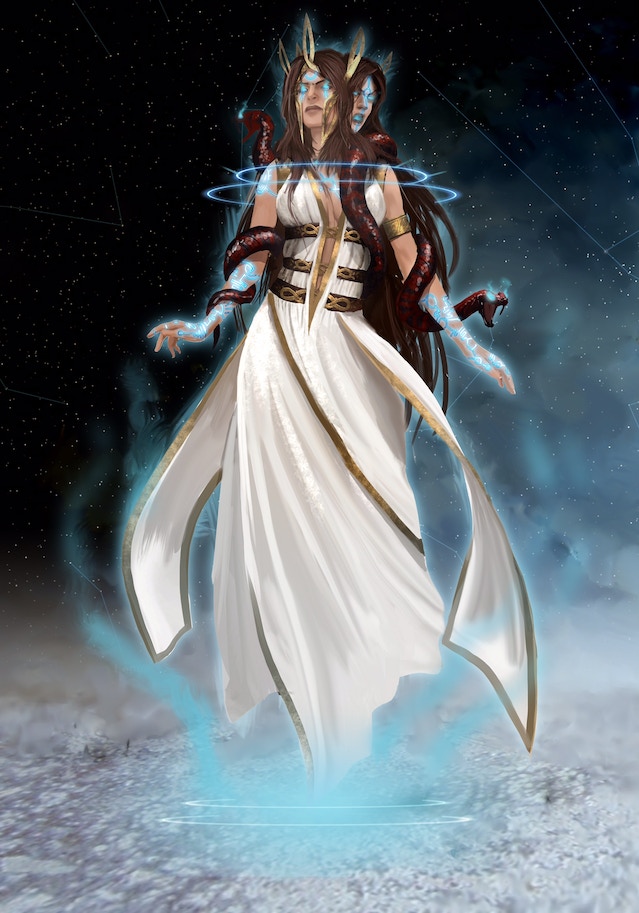 Very beautiful sculpt! And KSE too!

Hecate is a very complete Goddess. Her 2 range, 7 dice area attack for 1 AoW card (according to QW) is among the cheaper ones. Better keep some Troops in her area because she also has Phalanx (gain +1 attack and +1 defence as long as it is in the same area as a complete unit of friendly Troops), which would make her 7/9.
Her Black Moon ability to decrease the range and strength of attacks against units in her are can be very crippling. This also implies that every attack against her is resolved with -1 dice.

And last but not least: opponents must discard a card when she activates, so your opponent(s) misses 4 cards for every deck rotation. Not bad at all!

I like the synergy between her phalanx and black moon abilities.

Presence of troops makes her tougher, and in turn she ensures those troops are attacked with one less dice. And of course the leader ability helps too with those troops.

Just need to put some hero there with bolster, and she'd have some pretty tough bodyguards in mere troops.

Similar topics
» Hecate's Ring
» I would like to know which pet are better now.
» Teela - Currently Available on mattycollector.com
» New update April 25 v1.19